By ohyono, January 9, 2014 in Abandoned Projects

Let's Make it Possible Together!!! I got tired of doing and modifying the server and nobody enjoys it, so I decided to launch the first SARO Open release. The game is in Spanish (because it is my 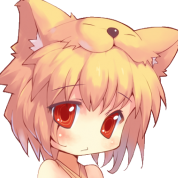 I tend to not like non-Ragnarok themed things in Ragnarok but this seems to be quite the undertaking and has a lot of potential to be different. It looks like balancing will be an absolute nightmare,

Will chars get deleted when they die? I hope they do..! I would definitely play this if it does, gives me the thrills I will never experience in any other online game~