MVP Ladder only on MVP Maps with announcer 1.3.0 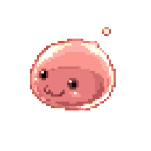 Hi, before anything else. I just want to release a simple npc script I used for a long time since I started here in rAthena. There might be similar scripts available but I just want to give back to the community what I learned from here since then.

Credit goes to the ppl who helped me to learn how to script! I don't remember who but here is the final result..

If player is in a party, the reward will be given randomly to online party members.

You can config the script easily at this part:

This script will also help other in-game players see if an MVP has been slain.

I'm open for suggestions, comments, reactions and such for the betterment of this script and my skill.