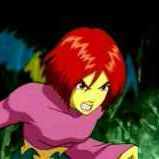 This file is a different version from WoE rewards depending on time spent in castle. It has all the features listed there, plus a statistic rundown on each WoE, And the ability to track the damage dealt by each player during WoE.

Included the SQL table required for the Statistics.