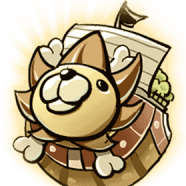 The NPC are capable to search for MVP in the whole server or specific maps.

Back in eAthena, there exists a script command (forgotten the name, perhaps a mobcount(...) with parameter changed) which allow us to check for specific monster id exists in the map or not, but it was removed.

Then we could use mobcount(...) script command to get similar results, but we need to manually append an NPC event to each monster.

Now, we could also do the same by using getunits(...) / getmapunits(...) script commands.

Of course there are pro and cons for each version, I'll just leave it to you to decide for yourself whether to use it or not.

The origin of script came from @Brian 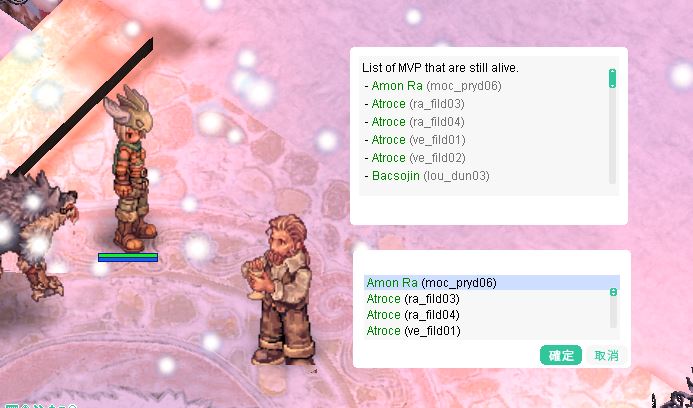 Enable this setting if you wish to allow NPC to warp into the monster map.

By default, the dynamic_mobs configuration are set to yes. This help you save some server resources if the maps aren't access by any players recently by saving the monster data into the cache.

The downside of using dynamic_mobs, monsters are cached, NPC can't search for the monster data if they are cached. FYI, monsters that spawned by NPC scripts aren't cached.

Enable this if you wish to enable to NPC to search the whole server, incase you missed what other maps have MVP (including showing mvp from restricted areas, like Guild Dungeon)

FYI, searching the whole server would take a longer time, use at your own risk.

The NPC are capable to search any MVP monsters in the map, including monster summoned by Bloody Branch, or Class Change Skill (from Sage's Abracadabra), as long as the monster have MVP EXP.

Why do we need this if we already have Convex Mirror Item?

I am sure everyone has used Convex Mirror before, but there are few reason that its frustrating to use it:

This NPC could serve as compensation for player, imagine the use case where you spend a Convex Mirror to know which MVPs are still alive instead of letting it go wasted knowing that the MVP in current map is dead or not found.