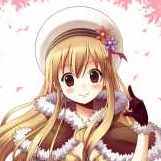 Hi, how can I make the event runs only for 40mins? here's my current script that im using.

9 answers to this question