AndRO is a self-written RO client for Android that is compatible with rAthena, eAthena, and Hercules. To run it, you need a working game client on your device and a running server. App will 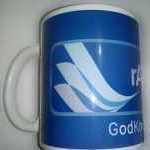 Waiting for the tutorial on how to install it on own private server.

If you need a tutorial you shouldn't be trying to set this up. Google is your friend! Hint: you can unpack .apk's with winrar to view the files. Other than that, there are many tutorials online f