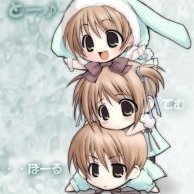 By anacondaq, March 1, 2017 in Abandoned Projects

This topic is now closed to further replies.
Followers 29
Go to topic listing

The topic has been removed because of rAthena staff double standards and hypocrisy things. (rA staff blame me that I made a money on this topic while it's not and never was) All that I did for the l

Let me explain. Not all content available in the emulator. Simply because someone HAVE TO add it. That means that developers or contributors of rAthena add items manually to the database, and what you